For their summer vacation, 12-year-old Dipper Pines and his twin sister Mabel are dropped off to the odd town of Gravity Falls to live with their Uncle Stan in his Mystery Shack. After discovering a six-fingered journal the two, along with an assortment of friends, try to unravel the town’s mysteries.

This is the second show I started thanks to Nostalgia Critic on Youtube. Hopefully one day I get to thank him for starting my love of Avatar: the Last Airbender, and now Gravity Falls.

Kid’s Show Not Just for Kids

There should be a genre for shows that are intentionally made for kids but end up being loved by an audience twice the intended age group. A show that goes well beyond the typical storylines and tackles those that are considered “mature.” Death is definitely one of those. By that I mean almost every weird encounter Dipper and Mabel come across has the means to kill them. 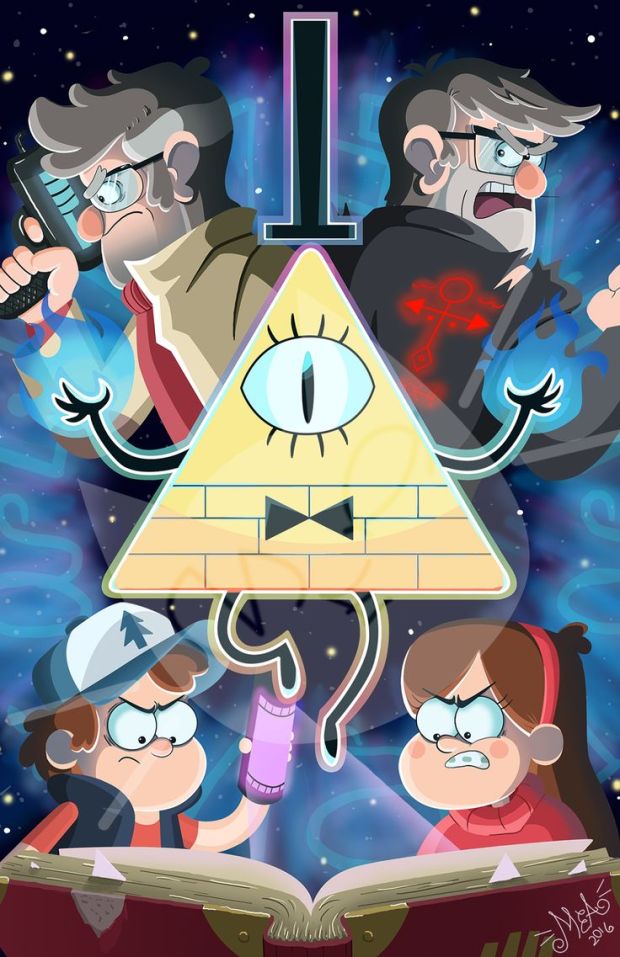 The mysteries surrounding the town start from little anomalies such as a ghost wanting revenge on the town to a bear with eight heads. As you may imagine the episodes are made up of these encounters, but in the end it’s all building up to the finale.

Towards the end of the second season tensions get high when an other-dimensional being becomes more involved and secrets are revealed amongst the family. 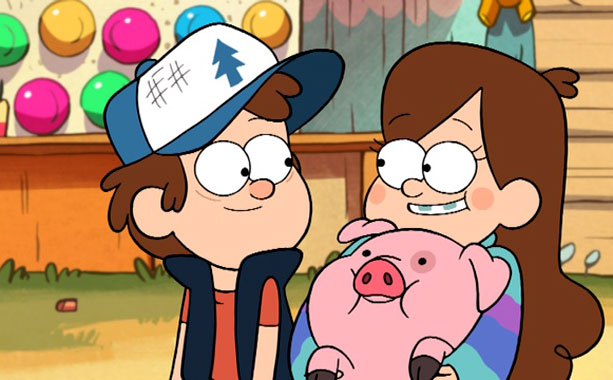 You have the typical kids jokes from farting to switching bodies with your twin, but the show does get serious. Most of the jokes are well-thought out and connect to the episode as a whole.

Dipper is more of an intellect who tries to prove himself either to himself or the kids within the town. Mabel is a wild-spirit and is always true to herself. She has a pet pig named Waddles, possibly my favorite pig ever. Uncle “Grunkle” Stan can be described as an anti-hero. He loves his family but likes to do things for himself.

There’s Wendy, who works at the Mystery Shack and is the living definition of “chill.” Dipper has a crush on her throughout the series and it just makes you wonder what might happen between them in the future. Soos also works at the shack and becomes a big brother type to Mabel and Dipper. He may not be the brightest but has a big heart.

Each of these characters go through their arcs, which I applaud. They change throughout the show unlike many cartoon shows in which there is no plot or any chance for the characters to become better.

Many of the townsfolk are regulars and have their time on-screen rather than just blots to fill in the background.

An evil triangle…well he’s from another dimension and named Bill, is out to get the Pine family and is a regular on the show, although not always present. More information comes across later in the show when it does take a darker turn. The fun, eccentric times take a step back for an immortal being out to kill two twelve-year olds.

This is just one example of the show being darker. There are actual creepy characters. A good example in the episode “Summerween” where a scarecrow-looking creature stalks the kids as they trick-or-treat. An episode I plan on talking about next month.

Even the opening credits has a twisted part at the end where you hear someone talking backwards.

The show ended after two seasons, although some speculate it could come back. I feel there is plenty more it has to offer, especially with the unlimited amount of weirdness Gravity Falls holds.

It’s colorful, fun, while having a darker undertone. The characters are likable and aren’t always good, but that makes them even more real. If you have a free weekend I highly recommend Gravity Falls.