A little about me: I grew up watching the original Queer Eye for the Straight Guy (2003). I believe I was around eight when it came out and it made my week. My family’s week. I guess you can say I’ve been an open-minded person my entire life but I never cared about their sexuality. Only that I wanted them to come to my house and makeover my dad. He NEEDED color in his wardrobe.

Unfortunately I never got the chance to see Carson Kressley throw away half of his clothes but I am happy to announce my dad’s closet went from blues and grays and now has purples and reds. At least something came out of it.

In conclusion, I love the original Fab Five and the idea of it returning but clenched up at it being with a new cast. I became one of those people who didn’t want a remake. I wanted the original.

Then my sister gave her blessing and I gave it a try.

For those who never watched/heard of the show I’ll give you a quick break down.

The Fab Five meet the straight guy they’re making over. Usually they tear up his house/clothes/life choices and make jokes (which is one of the best parts of the episode) then get into the break down of how they’re going to help him. Whether he’s married and is doing something for his wife or a businessman getting together with friends.

Throughout the episode we go through each category: fashion, grooming, food, design, and culture and the ways they’re going to change the person. They try on clothes, pick out new furniture, and prep for whatever party/reveal they’re having after it’s all said and done.

The guy usually goes through change. He becomes more open to fashion, open to his family, or is ready to date. His house goes through a makeover along with them. Finally the Fab Five leaves and watches via cameras around the house as the guy goes on his own and takes their lessons onto the next stage in his life.

Friends and family come over, gush over the change (whatever that may be), and it’s onto the next.

From Tolerance to Acceptance

When I watched the original I didn’t know what a big deal the show meant. Five gay men making over one straight guy and being allowed to be themselves fully. Like I said I didn’t grow up in a conservative household and am so thankful for that, therefore them being gay didn’t seem like a big deal to me. I didn’t care.

Now that I’m older I can see.

It’s been years since I watched an original episode, but with the new version it’s great watching the Fab Five 2.0 (they don’t call themselves that) be accepted by such a variety of people. There are men they make over you wouldn’t expect them to get along with, let alone accept and befriend them. It’s a reminder that it doesn’t matter where you’re from, you can still be an open person.

Which is a great reminder for someone like me who categorizes certain people too often and that is something I am working on. 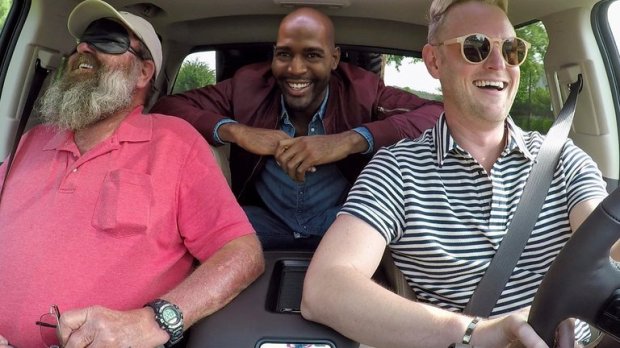 The first episode, “You Can’t Fix Ugly,” is a prime example.

What made the show for me is the five guys. I’m happy to see Carson every week on Drag Race or Kyan on Rachel Ray or Ted on Food Network. I grew up watching them.

However I still enjoy everyone on their own in this new version. We have Tan with his fashion, Antoni and food, Jonathan and grooming, Bobby and design, Karamo and culture.

What I love is how different they’re personalities are, but also their backgrounds. Through different episodes we learn more about them and sometimes they connect to the guy they’re making over on a different level. 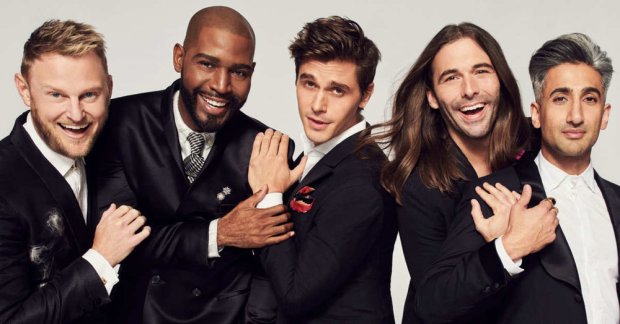 One prime example is a cop makeover. As a joke a friend of the guy pulls them over beforehand, but it make Karamo uncomfortable for obvious reasons. They get a chance to talk it out and fix the tension. Bobby talks with a religious man, as he grew up religious as well. Tan connects to others when it comes to marriage.

There’s a lot to take out of each episode.

If you never experienced Queer Eye I highly recommend just one episode. It’s fun to watch people learn to take care of themselves from five gay guys.

As a big fan of the original I am happy to see how alike the versions are. The same formula, the same fun personalities, and message of acceptance and embracing change. But I like to compare it to Avatar: the Last Airbender and Legend of Korra. You can’t beat the original and without it this wouldn’t exist. However I still enjoyed it all the same on it’s own.

It’s great to see more shows out there embracing the LGBTQ+ community and showing it in different ways.

Follow Quibbles and Scribbles on WordPress.com
Join 2,278 other followers

Three years and a 2 1/2 trip later to the Virginia Farm Market for my main goal of getting cherry cidar 🍒
Another recent crochet of mine. One of the hardest I've ever done but I'm proud 😊🎸
As a casual crocheter, I don't do amigurumi often but I think this one turned out to be a success 🙂
One minute Jinx is playing with the bag, the next 😄
My work desk is right next to the windows and the amount of "chirping" they do early in the morning when they see birds 😄🐈‍⬛
Source: Pinterest
Advertisements
Loading Comments...
%d bloggers like this: