Can the movie adaptation do the book justice….no.

It’s been years since I read the book but most of it still stands out. I will say this is one of my favorite trilogies. I remember getting excited about a movie adaptation and set my expectations a bit too high. After seeing the trailer I didn’t care. I didn’t see the movie and just listened to book lovers complain about its lack of…everything.

Why did I do this to myself?

When I do a versus, it’s not really a review, but listing big changes whether they be good or not. In this case, the latter outweighs the good.

And because I should mention this, spoilers.

1.) Character or Lack There Of

Is Jake a highly boring character or did they just make him that way? I’ve seen Asa Butterfield in other movies. He’s a good actor but in here I rarely felt anything for him. One scene, one where he gets to talk to his past grandpa who called the house every night pushed some emotion out but other than that there’s next to nothing.

Same with the side characters. I like this version of Miss Peregrine. I always imagined the book version being a bit more strict and there’s nothing wrong with that, but she is personable. She just falls into the problem of not telling people shit they should know.

As for everyone else, *shrugs.*

Basically just because you keep the name and ability the same doesn’t mean they’re going to make that same connection as the book….but they even fail at that.

What’s the point in changing abilities? Emma’s fire peculiarity went well with her personality and now she has none. I went through most of the movie calling Emma Olive and Olive Emma because I refused to believe it to be the other way around.

Was it just to introduce the boat they end up using at the end of the movie…yes it is. That is the only reason because Jake would not be hanging out with Olive since she’s, you know, much younger than him. The movie version is the same age so is there supposed to be some timid love-triangle between Jake, Emma, and Olive? With a little bit of Enoch thrown in there? And Emma and Jake? Nothing there.

I got so far away from the point.

When it comes to explaining the time loop, history of the peculiars, Hollows, etc. I think it turned out fine. Hell, the beginning is pretty strong when it comes to sticking to the book. Except Abraham had to get some final mentor words in for Jake.

It continues the same way from getting to the island and Jake finding an empty house and eventually meeting everyone.

Then it veers so far off at the end where they end up in a time loop in 2016 and Jake has the opportunity to save his grandpa. And he does. Abe is well and alive, he gives Jake money and a map, Jake travels through a bunch of different loops until he meets up with Emma and everyone else and yay sail off into the sunset. The end. Meh.

I don’t remember disliking this character as much in the book. I know they didn’t agree on a lot but his dad didn’t even try to help Jake out. He sent Jake to therapy and thought keeping him caged up in the hotel would help him. Nothing he says or does is helpful in any way and most of his character is spent drinking his feelings away.

And since this didn’t end the same as the book we never see his dad again. There’s the big final battle, Jake somehow ends up home after being in the U.K., and he never went to the island with his dad. I think. Sometimes I really hate time travel.

At least the movie is trying to help us forget him as much as they want to.

Personally, I think the lack of character did this movie in for me. I didn’t feel anything and I already know them! When Enoch wondered why they’re giving themselves up just for Jake I legit asked the same question. None of the side characters caught my attention, what a waste of Emma, and I just realized I didn’t talk about the villains…

Quickly about the Hollows and wights: I imagined the Hollows looking a bit more human and not like Slenderman, but still a bit creepy. As for the wights they didn’t appear that threatening. For some reason they get to keep their peculiarities but it still made a lack-luster final battle. It ended and I was just like, “Wow that’s it…”

In conclusion, if you read the books and haven’t seen the movie keep it that way.

If you’re curious to watch this don’t torment yourself with the number of times you’ll give this look. 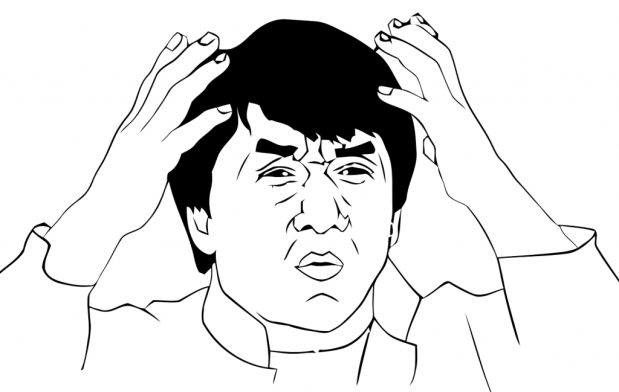 I can’t say it’s the worst adaptation I’ve seen. Like I said there are some good parts in there, but it just doesn’t hit that same level as the books.

What do you think of this adaptation?