The first season in an anthology series based off the work of Stephen King…did I expect more?

About a month ago I did a review for the first three episodes and had a lot of questions, and it looks like, I’m still in the same spot.

This is going to be a spoiler-free review, but at the end, I do want to talk about some things, specifically from the finale, that will include spoilers.

One of the things that got most people excited is the numerous characters/settings/incidents from other Stephen King works coming together in Castle Rock. If you’ve read his books (like my mom) you’ll catch onto names quickly, but even those with small King knowledge will catch onto Jackie Torrance being Jack Torrance’s niece or one of the main settings, which is Shawshank Prison.

All Geek To Me

However, and Stephen King said it himself, this is a story on its own. Don’t expect to know the ending just because Alan Pangborn is in the story and Cujo is mentioned.

It is in the King Universe, so of course, throughout the ten episodes, more and more questions get asked and not all get answered right away. The main question is: who is The Kid they found in Shawshank Prison? He clearly has an effect on people around him, but how does he do it?

Then there’s another big question which revolves around the main character, Henry Deaver. When he was young he went missing for days while his dad was found on a lake, supposedly pushed off a cliff by Henry. It’s one of those “did he do it?” incidents that aren’t answered until the very end, but as clues are given, you can make a better guess. 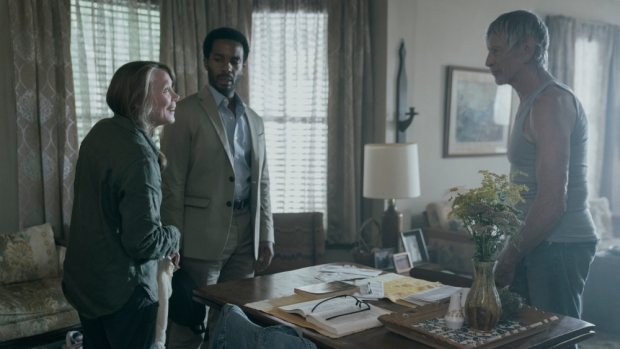 I want to say the ending answers ALL of the questions you’ll have, but I think some are also there for you to just make on your own. This isn’t a bad thing, but when it comes to plot points and things happening but for seemingly no reason and we get no answer, then you’re just sitting there wondering why a certain thing happened.

There are some episodes throughout the season that are exceptionally good…then some that aren’t. Sissy Spacek (who plays Henry’s mom, Ruth) gets an episode to herself as we dive into her mind while she’s dealing with dementia and it’s arguably the best of the season. 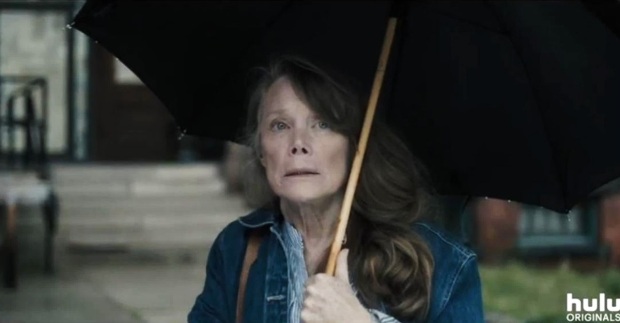 Another that some have mixed feelings on is titled “Henry Deaver” and we learn who The Kid is. It begins to answer some of the questions of what is going on, but even weeks later, I’m still not sure how I feel about it entirely.

The beginning of the season got me excited, but some towards the end fell flat.

I felt like there was so much build up, then the finale just didn’t do much for me. I think I expected more, which I want to mean as a good thing. Most of the season was a fun, mystery ride. Connecting characters back to something they did earlier just make you go “oh yeah!”

Not all questions got answered and whether you’re someone who likes those type of endings will decide how you like the series overall. The performances were good, Bill Skarsgard just cannot be creepy.

Overall, I did enjoy the season. The last few episodes might not have done it all for me, but based on the mid-credit season in the finale, I think next season will be worth watching. 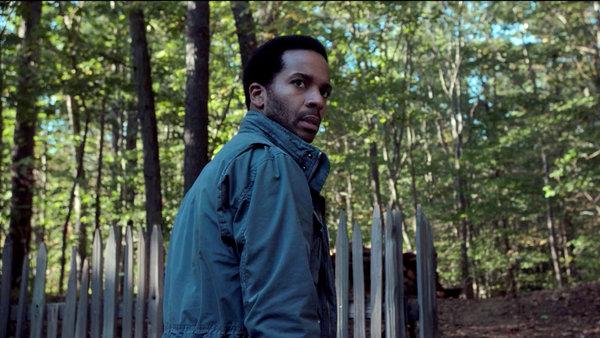 I didn’t expect a happy ending, I just expected more.

If you’re a fan of Stephen King, this feels like it could be in his Universe, but at the same time, if you’re not, it doesn’t matter. If you still want to check it out, I do recommend Castle Rock.

Moving on to some things I want to talk about, questions that weren’t answered, or just things that might’ve bothered me.

Was The Kid, aka AU Henry Deaver, really the Devil? Ever since that reveal I got the impression he just wanted to get back to his Universe, but then he was going around killing families in their homes (or influencing them to do it.) Then there was that shot of him while in the woods with Henry and his face was all twisted. Did the Henry’s have some kind of influence on each other?

I didn’t feel like the whole schism did much for me. At first, I thought it was interesting but then nothing happened. Wendell heard the ringing, so what? Nothing happened. He didn’t cross to another Universe, he didn’t get caught up in the mess, he just got lost in the woods then went back to Boston.

What about Henry getting locked in that room? Did it do anything for him? I thought he’d end up seeing something.

I didn’t understand locking AU Henry back up. We KNOW AU Henry being there is causing shit to happen, Henry saw that, so why keep him alive? Again, I wasn’t sure how it was going to end, I just assumed more would happen with the schism, play into the final “fight.”

Finally…I had this theory about the dog Lacy saw before he died then took his decapitated head…WHY DID THEY SHOW THE DOG. I just thought he’d come back, for some reason, but nope he just took Lacy’s head. There had to be a reason they showed the dog…did I miss something? My mom says I’m looking too into it.

If you watched this season of Castle Rock, what did you think of it? And if I missed something, please let me know.

Follow Quibbles and Scribbles on WordPress.com
Join 2,282 other followers

More from the Asian Lantern Festival 🐦
I saw Elton John last night and it was great ☺️🎹 Also, it was his last stop in Pennsylvania ever
Pittsburgh Zoo Asian Lantern Festival 🦖
My recent crochet project was Carl and Russell from UP for my mom's birthday.
I haven't posted a picture of Luna at the groomer in a while 😊🐶
So, I made a strawberry roll up but attempted a strawberry design and it didn't turn out too bad 🍓
Advertisements
Loading Comments...
%d bloggers like this: