Who’s ready for the downfall of PRIDE?

At the beginning of the year, I had a blogging schedule figured out…until I got a freelance transcriptionist job. It’s not something I do every day and just when I have extra time to make some extra money but because of that, I am a bit behind on posting. And work hasn’t been nice with my schedule, so I feel a bit off right now but hopefully, everything will start to come together and I can get things back on track. Moving on.

I’m trying out a new format. I was going to do it with Voltron season 8…but after all the backlash decided not to post a review for the season.

Basically, at this moment, I haven’t finished the season (I’m a little more than halfway done) so I’m going to do a non-spoiler review now, then when I finish the season, will finish the review with spoilers. 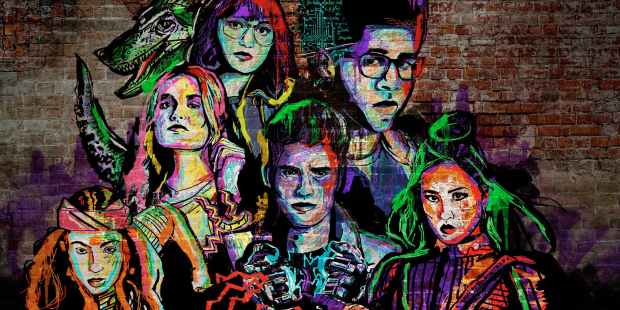 So, this part has no spoilers.

And if you are interested in the comics, I did a review for the first three volumes.

Something I picked up a lot is the use of the word “family.” The Runaways call themselves a family, their parents have to bring it up every chance they get because it’s the only way they might get their kids to come home. “They’re not your family, we are.” Yeah, well, blood doesn’t mean shit Janet and your husband abused you and your son for years.

That’s something I wanted to bring up. I don’t know how everyone else feels, but I have such a hard time getting on Victor’s side after knowing what he did to his family. And it’s hard because it’s Spike (Buffy reference) and I get he wants to change, but…you abused your family!

Of course, each “family” has their own problems and create new ones along the way whether it be murder or…murder. PRIDE keeps digging a hole for themselves (literally and metaphorically) and one of these days everything’s going to catch back up to them.

I enjoyed the first scene of the first episode of the Runaways chasing after a guy accurately named “Mike on a Bike” who is dressed like comic book Chase, from the hair to the goggles on his head. I can’t be the only one who saw that.

Everyone is going through their own problems being away from their “normal” lives. Alex is on my good side so far. I was wondering if they would give him the “mole” role like the comic but it’s actually brought up early on (literally, he asks, “You think I’m the mole?”) But he continues to prove how much he wants to help, even getting close to Darius as he helps him with numerous jobs and getting close with his sister-in-law Livvie. 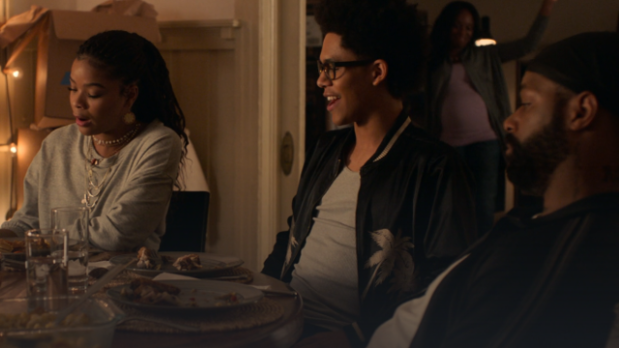 Nico and Karolina are going strong, for the time being, but Karolina meets with Jonah in secret to learn more about her powers and where she is from, which I’m glad didn’t take all season to find out.

Chase and Gert are on the up-and-down as usual. At the time, I don’t know if they’ll last. Gert not having her medicine is freaking out more than usual, most of the time at Chase, but when they do get along they make a good couple.

And Molly just needs a break.

The team needs to learn how to fight together and use their individual skills more, as Alex and his tech or Gert and Old Lace, who I’m disappointed haven’t been used a lot with a few exceptions.

I didn’t feel like the parents came off as “evil” last season. A lot had redeeming qualities such as Dale and Stacey who didn’t seem to fit into PRIDE.

This season proves how ruthless they can be. We get to see them interrogating and murdering more people, doing things on their own, and going as far as they can to get their kids back.

They have a nice front as a charity organization giving food to the homeless and plastering their faces all over the place to remind people how great they are, but without their kids, they’re starting to break and turn on one another.

As of Right Now

I’m enjoying the season, even more than the last. I know people complained it was slow, but I’m glad they built up the characters, and now I care about them even more. If you finished the season and made it to episode nine (which is where I’m at) I honestly have no idea where the rest of the season will go. It actually surprised me what happened, happened before the finale.

New friendships and relationships grow, some are in question, and it makes you wonder if what their parents did for all these years is okay because they did it for their kids.

My opinion is no but, however you see it.

So, do I have any predictions? Just a few.

2.) The Runaways may fall apart, but unlike PRIDE, will fall back together.

Well…that’s not how I expected the rest of the season to go.

Nico and the Staff

I had a feeling something bad would come out of Nico “killing” Jonah since she used the staff. If she could control whatever’s coming out of her, she could be so powerful, but I’m worried it won’t turn out well for her sake. Hopefully, I’m wrong.

I’ll admit, I felt BAD when they destroyed the ship with her family on it. I knew she’d get attached, but to see all those beings just explode actually got to me…until I discovered they take over bodies.

Oh, and if you can forgive your girlfriend for “killing” your dad, then you’re endgame.

I always wondered how Jonah has a human body but I just thought maybe he was born or created one for himself, so it was nice to see that he can take over one. I did get prematurely excited for his death, but I knew it was too good to be true.

I really liked Livvie, right off the bat. Darius starting to like Alex but turning him in for his family made sense. I could tell he didn’t want to but had to put his baby first. It sucked that he died, he was starting to grow on me, but holy shit did I actually laugh out loud when Alex called the cops on his mom and dad, way harder than I should have.

I think their relationship is toxic. They have their good moments, but I feel like Chase shows he cares about Gert more than she cares about him and I know she’s having issues with her anxiety, but I thought maybe Old Lace would end up helping her with that? You know because of their telepathic connection, maybe she’d help calm Gert without medicine?

It was a thought.

I had a feeling early on he would be the first to leave, right after he had the run-in with his mom. Up till then, everyone else either fought their parents or ran away, but with Chase, you could easily see him wanting to go with her.

I know it was a “betrayal” but he didn’t give them up or their hiding place and he just wanted to go home and spend time with his dad, not getting into PRIDE affairs, which backfired but I’m not SUPER pissed at him.

Oh boy, when Xavin showed up and started calling Karolina his/her “betrothed” I was like, this better not turn into a love triangle. I don’t see it happening, but I’m sure he/she will be a big part in saving her and Chase.

Plus, he/she is weird. Sorry, Xavin.

First her parents, then her aunt, then, her…weird relationship with Topher. I think this is a big part in what I said earlier with the “family” thing and her thinking she has none left, but like I said, blood doesn’t mean anything.

On the plus side, I love how excited she gets when new people arrive at the mansion. She just wants to show them around.

Where Is This Going?

For starters, I don’t think Chase or Karolina are going to be “eaten.” Maybe Janet…but probably not her either. I’m thinking Xavin, Alex, Nico, and Molly will swoop in and save the day unless Karolina or Chase come up with a plan to get out.

Gert may be in the best position? I mean sure she’s stuck on a road trip with her dad but at least she’s away from the murderous aliens. Also, if Dale does something to Old Lace I’ll flip. I flipped when he and Stacey mentioned killing her…although it wasn’t Stacey but still.

PRIDE is definitely falling apart. With the Wilder’s arrest, more shit may come to light which could bring everyone down. I feel like it was a long time coming, they had the spotlight for too long and everything they tried to cover up would come out eventually.

I forgot to mention Frank…I understand wanting to leave the church up so they could continue to spread their messages and that’s fine, but I agree with Leslie and that they shouldn’t worship Jonah anymore. It was just bullshit he fed to people, but some good things did come out of it. I hope Karolina doesn’t get caught up in it too much though.

I’m not sure if Victor, Tina, and Stacey are still in there. There were times they came out, but since Jonah seemed to have full control over his last body before, I feel like they’ll just “die” over time.

At this point, I have no idea what to expect next season. I don’t know where the alien storyline is going. I thought we were done with Jonah but obviously not. I’m sure the Runaways will find their way back to one another.

But, I really enjoyed it, even more than the last because the Runaways were together, they had their “powers” figured out, and it felt like bigger stakes. It was nice to see PRIDE finally falling apart and I hope it goes even further, to at least get justice for the kids they killed.

I don’t hate the idea of the kids taking over PRIDE and having it be what it was meant to be…but there’s still so much baggage and I don’t see them wanting anything to do with their parents.

I’m excited about the next season and to see where they go with it.

Also, Janet definitely had sex with Jonah right? I mean it was Victor’s body but definitely Jonah in there. Gross.