I can finally fulfill my lifelong dream of making food appear out of thin air.

For today’s review, I will be using my Sim-self, Meagan Lamb, to play through Realm of Magic with. Becoming a  Spellcaster immediately got my 8-year-old self who pretended to cast Harry Potter spells with sticks excited.

Including current me, who may or may not still do the same thing.

Like my other reviews, I’m going to talk a bit about the pack, then give my pros and cons, and eventually if I think it’s worth it.

I just wanted to say, I’m not someone who grew up playing The Sims. I preferred Zoo and Roller Coaster Tycoon, so I won’t be comparing any packs to previous Sim games.

I gave my Sim a makeover, dressing her in the new clothes and moving her into a premade house in Glimmerbrook. I then spent the next few hours renovating the house because I, along with my Sim, have standards.

Since you don’t earn any money by becoming a Spellcaster I had to fill the house with ways to do that, such as painting or gardening.

Once my Sim got settled, we traveled to the entryway to take us into the Realm of Magic.

If you’ve seen pictures or gameplay of the realm, it’s even nicer when you get to walk around on your own, appreciating the detail. 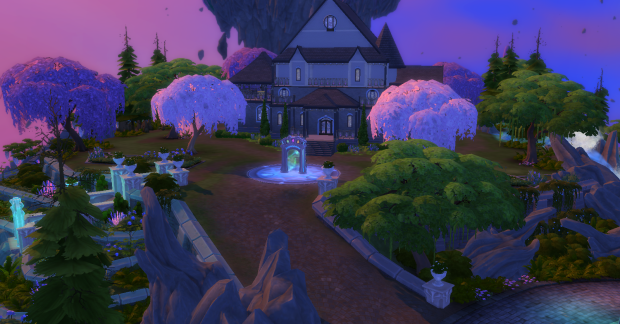 The first thing I needed to do: introduce myself to a sage and gain magical abilities. After doing a small task to be granted full powers, you can then start learning potions and spells from a master. I started out with Practical magic, just to learn the basics, but eventually went to Untamed and Mischief.

After that, I went to Caster’s Alley to get myself a familiar and wand. You don’t have to get everything here. If you search bookcases for “tomes” you could end up finding a familiar or spellbook in one. 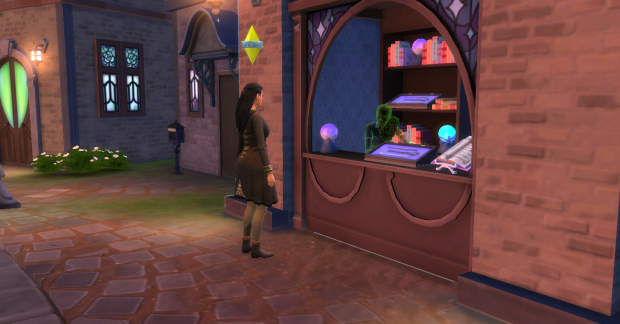 I saw pictures of the familiars and upon seeing the “Snub-Nosed Leaf Bat” knew that’s who I wanted. I had to go back to the shop, as they only carry a few at a time, but eventually found my familiar, aka Squeaks (it was an optional name by the game but it just seemed right.)

Squeaks is adorable and even if it doesn’t do much, I love watching Squeaks follow me around. They even go into the bathroom with you, as well as hang around but turn the other way when you woo-hoo.

Like with anything in the Sims, it takes time and practice to become a good Spellcaster. The more you duel and practice spells, the quicker it will be to get to the top, but be prepared for unexpected curses or your magic to overcharge. 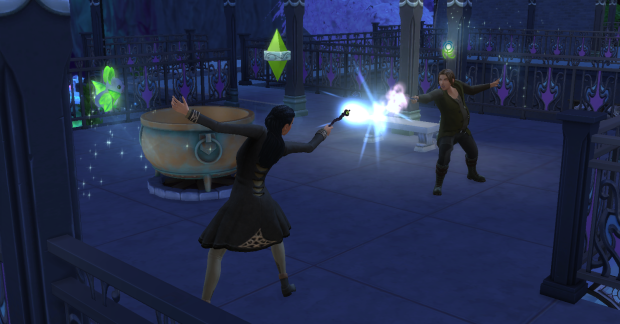 Unfortunately, my Sim got the “Curse of Awkward Embraces” which caused her to give awkward hugs at random times.

Jokes on you Sims, I’m already an awkward embracer.

There are basic spells like helping your plants grow or fixing items, but once you get into Untamed and Mischief magic, you can do more like setting things on fire or making two Sims fall in love.

Eventually, my Sim did win a duel.

Potions aka Alchemy also play a big part in the game. You can create a potion which fills your needs or takes away curses (I tried that one and it ended up giving me a second curse which would make my magic overcharge faster.) But it requires the right ingredients so keep ahold of any crystals, frogs, or plants you may find.

There are also perks, like with Get Famous, that help you become a more powerful Spellcaster, and you gain more as your rank gets higher. You start out as an Apprentice and move up the list to Neophyte, Acolyte, Adept, Master, and Virtuoso.

I ended the gameplay when my Sim made it to Adept, but do plan on playing more in the future just to see what becoming a Virtuoso is like. 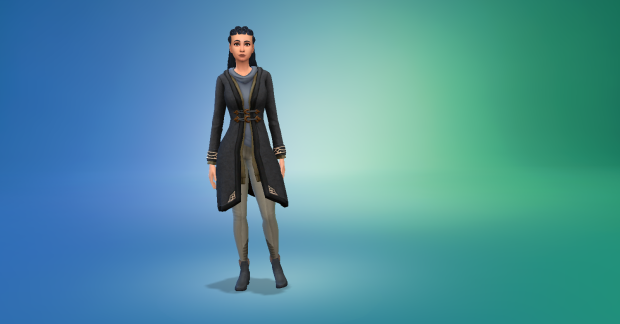 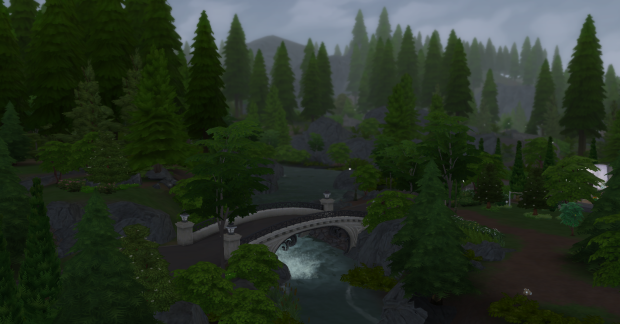 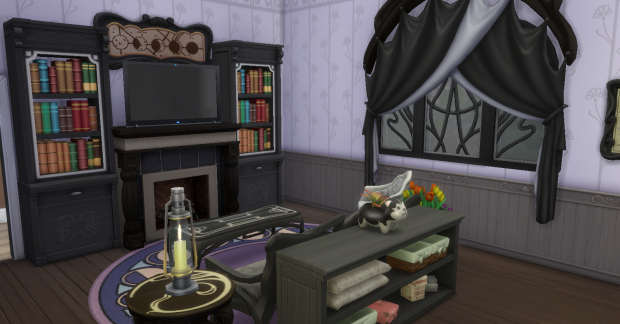 Am I glad I bought this pack? Yes, I enjoy the gameplay enough to want to play with it some more. I love the CAS and Build & Buy items, as well as the Realm of Magic and Glimmerbrook (once it’s made over I’ll probably love it a bit more.)

I’m kind of into occults (depending on the story I’m playing) but if you’re not, then I would say wait until University.

I wish when I returned to Glimmerbrook it took me to my home lot instead of the bar lot (it did this every time.)

Overall, as someone who is into this stuff in real life, I enjoy the pack. It’s fun watching my Sim cast spells and win duels. I feel there’s more they could’ve done, however. It’s funny, it kind of reminds me of what I said in my It: Chapter 2 Review. With that, it felt like an hour was missing from the movie. With this, it feels like an hour or two of gameplay is missing.

If you’re on the fence, I’d wait for the pack to go on sale. I’d say it’s worth it, but only for someone who is genuinely excited about magic in the Sims 4.

If you’re interested in the house I rebuilt, it’s under my origin username: meaganlamb.

3 thoughts on “The Sims 4: Realm of Magic Review”