“The only way out of the labyrinth of suffering is to forgive.”

It’s been at least six years since I read Looking for Alaska. I always claimed it as my favorite John Green book, but I can’t say I remember everything that happened. I wasn’t even aware of its adaptation until a month before the release on Hulu.

I’m going to try to review this just as the show and not compare it to the novel too much, but there may be some here and there.

If you never heard of the novel, the show follows it almost perfectly. Miles “Pudge” Halter transfers to preparatory high school to “seek his Great Perhaps” as he has a fascination with famous last words. There, he meets Chip aka the Colonial, Alaska, and Takumi, a group of friends who are more “outcasts” within the school as they don’t come from money like the spoiled “Weekday Warriors.” 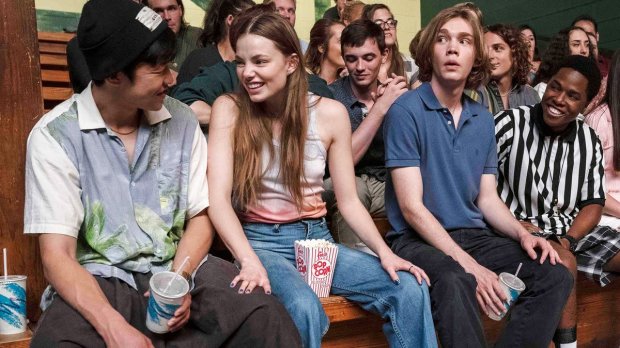 During his time there, Miles takes part in pranks, a rivalry with the Weekday Warriors, and falls for Alaska.

Like the book, the show has a countdown to something that happens in the opening of the first episode, such as “100 days before” up to “1 day before” and if you never read the book, it does a good job of keeping up that mystery of what the countdown is for.

How Will I Get Out of This Labriynth?

Each of the characters is distinguishable. Miles is a bit more reserved but upon making new friends, opens up. The Colonial can be hot-head but is smart and devices most of the pranks. And Alaska is described as a “third-wave feminist” calling the patriarchy out but is clearly suffering as she wants to know what it means to “get out of this labyrinth.”

The fact that the book is purely from Miles’s perspective obviously limits the depth given to the other characters, but in the show, since it’s not focused only on Miles, we can learn more about The Colonial or even the Dean of the school, Mr. Starnes, who is going through a divorce. 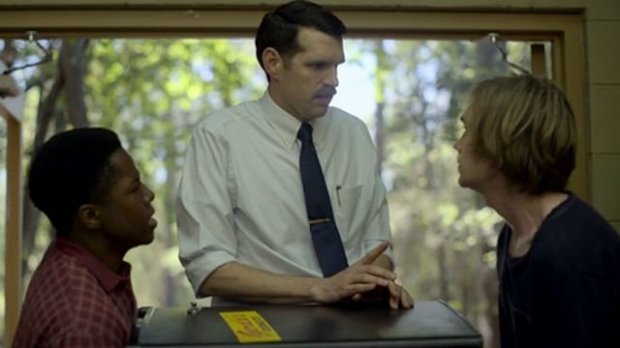 One of the things I enjoyed is that the show takes place in 2005. And I am not someone who complains about the current generation using their phones, but it is a nice break from other shows in the present. The characters can’t rely on texting to warn each other when pulling off a prank.

To be honest, I didn’t think about the lack of phones/technology until the year was mentioned or the characters used an older computer.

There a few themes to take away from the show that still resonates despite it being 10+ years earlier. There’s the talk of grief, loss, mental health, but also searching for meaning, like the last words Miles uses find himself. 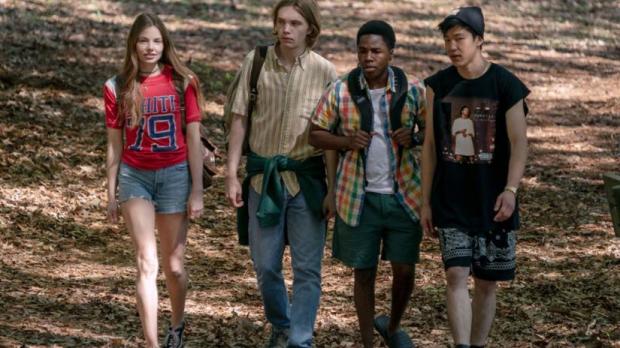 He goes through the trials of being a teenager with many awkward moments (purposefully awkward) like getting his first girlfriend or casually being tossed in the lake, bound by plastic wrap, the possibility of drowning, just because of a rivalry.

I’ll be honest, for the sake of this review, I did some searches to see how good of an adaptation the show is, and how many things stayed the same, and I’m pleasantly surprised. Some little moments have changed a bit, and like I said, side characters get more time to develop, such as their teacher Mr. Hyde, who lost his partner at a young age to AIDS (which is a change from the novel and one of my favorite parts.)

This takes me to another point, there is a good amount of diversity, not just gender, race, or sexuality, but points of view, privilege, religion, and depth to the characters and what they’ve been through.

If you’re a fan of the book, I highly recommend watching the show. When it comes to being a good adaptation, it can definitely do that. However, one of the things I could see people not liking (and again, something that’s in the book) is sometimes the characters come off a bit pretentious.

With the countdown to something big happening and growing closer to the characters, Looking for Alaska is a good show to binge whether you read the novel or not.