A lone gunfighter makes his way through the outer reaches of the galaxy, far from the authority of the New Republic.

I will be completely honest here: The Mandalorian was the last thing I was excited about when Disney+ came out. I figured I’d watch it at some point, but it wasn’t the first thing I clicked on.

Wrong how was I.

As much as it KILLS ME, this will be spoiler-free, but there will be a bit of spoiler at the very end because I can’t help myself. 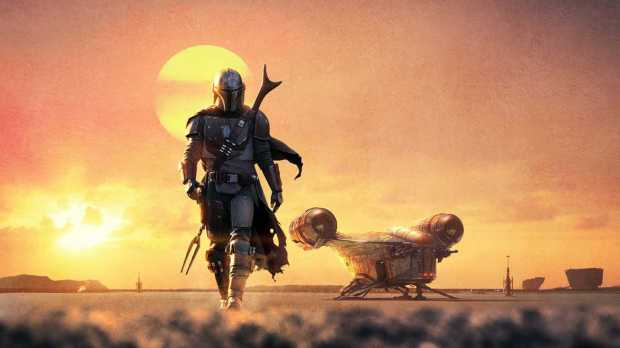 However, there are some flashbacks showing what the Mandalorian (or Mando as some call him) went through during the years of the Empire and how he ended up becoming a bounty hunter.

The Mandalorian is tasked with one of the hardest hunts, with the most bounty on the line, which all have failed to do.

What he isn’t aware of is what or who he is going after and how much it’s going to change his life and “The Way” of the bounty hunters.

One of my favorite parts of the show is how little the Mandalorian talks and yet so much is shown. The music, the landscape is already great but what surprised me the most is how funny it is. I wouldn’t call it a comedy but the humor is there, and to reiterate, without there having to be a lot of words.

Just body language alone can tell you what the Mandalorian is going through, and all that credit goes to Pedro Pascal.

If you’re a fan of Star Wars, it is interesting to see how the Universe changed after Return of the Jedi. Obviously, not all who were apart of the Empire are gone and not much has been revealed as to what their plans are (well, before the First Order is created) but there’s a reason they want the bounty so bad. 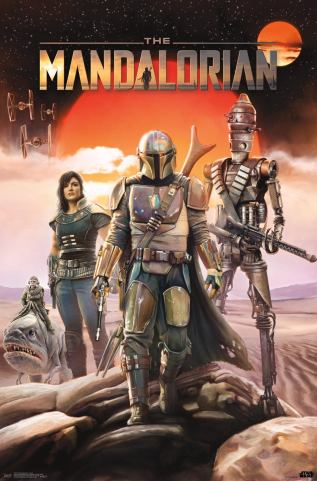 You don’t have to be a fan of Star Wars to enjoy The Mandalorian. You don’t have to know the lore or seen the movies because a lot is explained. It can be enjoyed away from the original story/movies.

I feel if by the time the third episode of a show gets around is when things start to take off, characters are established, and the plot is set into motion, enough for you to make a judgment as to whether you continue watching or not…which I will.

And I can’t wait to see where this goes.

I really am having a hard time not mentioning the thing that got me interested in the show in the first place but wound up enjoying it as its own. It’s fun, there’s a lot of action, and I’d highly recommend checking it out.

Funny enough, if you haven’t been that happy with the new Star Wars movies, I think this can make up for that.

The best way for me to sum up my feelings: 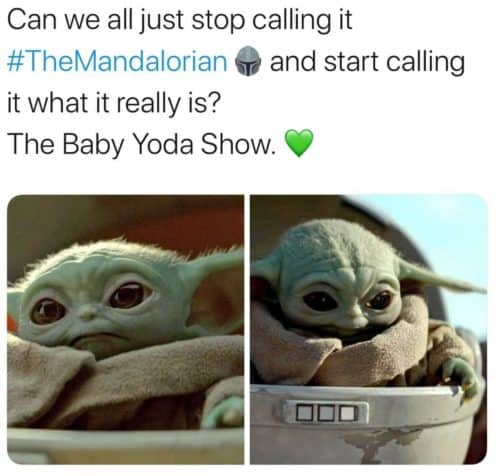 I am aware this is not Yoda, so I shall call it…baby not-Yoda. If you need any more of a reason to watch The Mandalorian, this is now a buddy series between a bounty hunter and a fifty-year-old baby.

One thought on “TV Quibbles: The Mandalorian Episodes 1-3 Review”

While she's contemplating life, I have a new Sims 4 review up on the blog for the Tiny Living Stuff Pack 😊 . . . #goldenretriever #dog #dogsofinstagram #doglovers #cute #Luna
A new book review is up on the blog for Embrace Your Weird. I highly recommend it to anyone who enjoys being creative 📝⚡ . . . #embraceyourweird #book #bookblogging #bookreview #bookstagram #creativity
The sky looked pretty this morning 🌤🌳 . . #morning #sunrise #colors
My Mini Controversy came and I'm excited to get back into makeup. I haven't been as much since high school but it's a start ☺ . . . #jeffreestarcosmetics #jeffreexshane #minicontroversy #makeup #colors
I have some new posts up on my blog (link in bio.) One is a review of the first 3 episodes of The Mandalorian & another, a monthly recap where I again, talk about my love for Baby not-Yoda 😍 . . . #themandalorian #babyyoda #starwars #yoda #disneyplus #disney #blogginggals #blogging
She's sleeping in a shoe box lid 😊🐱🤷 . . . #catstagram #cats #catlovers #catsofinstagram #cute