I want to thank NetGalley for this ARC in exchange for an honest review. I wanted to read it as soon as I read the description and wasted no time once it was approved and on my shelf. 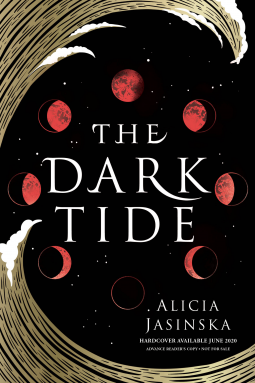 Description: Every year on the island of Caldella, the Witch Queen must sacrifice an innocent life to keep the island from sinking. To do this she takes a boy back to her palace and cares enough about them for their death to matter. But one managed to escape, Thomas Lin, and Lina Kirk just happens to be in love with him.

While worrying about her brother, Thomas gets taken again, and Lina will do anything to save him, even taking his place after Queen Eva suggests it.

But neither girls were expecting how they would feel about each other.

Hold Her, Hold Her Tight

Like I said, I loved the idea of this story and how it starts as hate, mostly from Lina’s side as she doesn’t want her “love” Thomas to get taken again. However, Eva isn’t looking to fall in love with him.

The book flips between Lina and Eva’s points-of-view, giving us more time with each of them. Lina is one of those who act before thinking then realizes after how much she messed up and that grabs Eva’s attention. Eva is hard, cold, and doesn’t want to care but somehow, Lina brings actual feelings out of her.

It happened a bit fast at times, the story didn’t slow down very often, but I will say it’s not like they fall in love in days. It’s a slow burn even to the end, which I appreciated.

Lina’s feelings towards Thomas aren’t that strong. I mean to her they are, but to the reader, I just don’t understand where they come from. She explains how and why she fell for him but it never came across as love, more as admiration.

Like most romances, and this is a personal preference, I always want more interactions between them just to build that connection. Even during the few times, they are alone, I feel I didn’t learn much about them, just what we know from the beginning. There are others they care for like Lina and her brother and Eva and the other witches, but they didn’t get that much page-time either.

Honestly, I would’ve rather seen Thomas get cut-out completely and instead, Lina’s brother gets taken.

Like I said in the beginning, the concept grabbed my attention instantly. Eva and Lina are likable characters in their own ways with faults that are understandable. The slow-burn between characters who start out disliking one another is one of my favorites, but I wish it was slower with more time with just them together.

The story itself is interesting and the world-building and magic are explained well. I like that, when it comes to sacrificing someone, they actually have to mean something to the person doing the sacrifice.

Even though I do recommend this book, I went in a bit too excited only for some of that excitement to fall flat. I read it in under a day so it’s not super long, but once I got into the story, I found it hard to put it down.