Halloween hasn’t always been a holiday I’ve been able to enjoy.

I first saw Adam from YMS on Youtube doing this series and others followed. Whether he’s actually the one who came up with it I’m not sure, but credit goes back to him and the others who started it. This is basically me talking about the movies/shows that scared me as a kid and why I didn’t watch/read anything within the “scary” genre growing up.

*some spoilers for movies/books*

Why I’m a Wimp

I read one Goosebumps book and stopped there, I didn’t watch shows like Are You Afraid of the Dark and avoided Buffy the Vampire Slayer as my family (and younger sister) watched. My extent was Sabrina and So Weird.

I am happy to report I have watched Buffy since then.

On a side note does anyone remember So Weird? I plan on making a post about it one day cause that show deserves more credit.

Anyway, I was into aliens. My best friend (at the time) and I were really into checking out books about aliens, UFOs, and even space in general. Did they scare me? Kind of, but I still read about them. Now a movie/show with aliens? Scared me.

I honestly don’t know what started this, why I stayed away from “spooky” things, or why I still have to sleep with a light on. These are the earliest/most memorable reasons, but probably not “thee” reason.

And I realize some of these aren’t scary at all but tell that to ten-year-old me.

This is the first thing I remember actually scaring me to a point where I didn’t want to rewatch it until the recent IT came out. It’s actually one of my favorite movies from last year, but this is the original IT with Tim Curry as Pennywise.

I HATED clowns after this. After rewatching it not that long ago I realized he’s actually not in it a lot (and it’s kind of boring), but those few moments when his teeth came out and he’s just toying with the characters never left my mind.

Until his true form came out, then all immediate fear vanished.

Don’t Look Under The Bed

This is a Disney Channel Original Movie that scared me. I was pretty young when I first saw it and still believed in my imaginary friend. *If you don’t know anything about this, it’s the idea that once you stop believing in your imaginary friend, they turn into the Boogeyman.

I actually bought and watched this days ago, and although it doesn’t scare me now (thank goodness) I can understand why parents actually protested that Disney stopped airing the movie because it scared their kids too much.

Why the hell is this on here? I was eleven when I first saw it and didn’t watch any gory movies, so when the killings started, I wasn’t prepared. I actually saw this at a sleepover and ended up puking afterward.

It wasn’t even the monster itself, but the location, being surrounded by a cornfield in the middle of nowhere. Whenever I’m driving at night along a road similar to the one in the movie, I can’t help but think about this damn thing.

Goosebumps: The Ghost Next Door (Book)

This was my first and only Goosebumps book I read. Again, I was eleven and still a massive wimp. 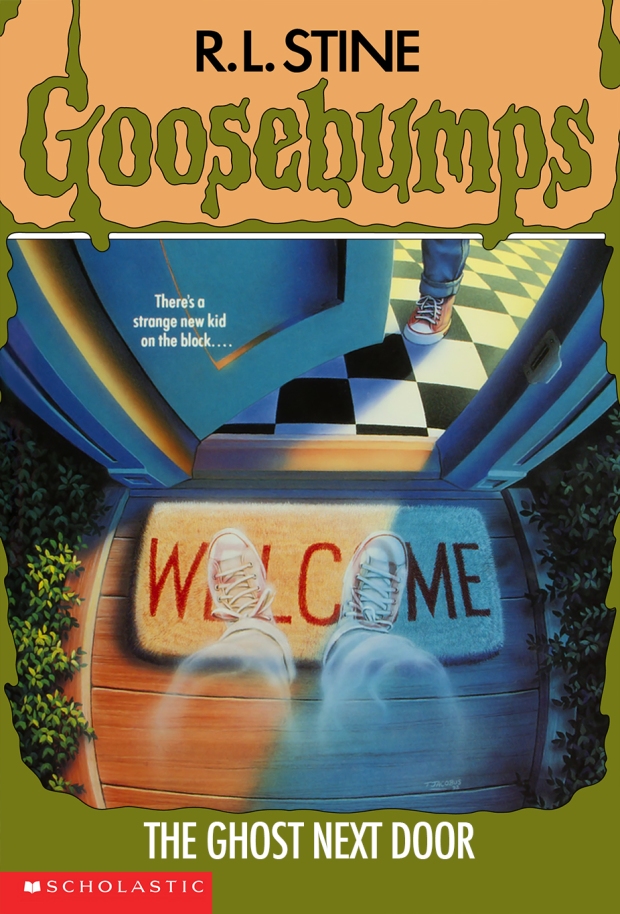 *The whole book is about a girl thinking her new next door neighbor is a ghost, but then, in the end, we discover she’s the ghost and she actually died in a fire that she thought was a dream at the beginning of the book. The ending and reveal just did it in for me.

This damn place…it’s not a movie or book but it TRAUMATIZED me the most. Some family members and I went here when I was little (and other times) but there’s a wax museum that terrified me. Not only are wax figures themselves creepy, but these moved.

Not just that but I remember getting a feeling to just get out. I actually ran through the rest of the building and met up with my uncle outside. Whether you believe in spirits or whatever, but there have been plenty of ghost investigations there and some not-so-nice entities were found…coincidence?

I don’t do wax museums anymore.

(Can I just say when I was looking up pictures and saw the wax figures they STILL creeped me out so that’s why we get an image of the outside of the building.)

Where I Am Now

I became one of those people who make fun of the movie, just to avoid getting scared. I don’t do haunted houses because I either want to punch the people in the face or run through the entire house in seconds.

But I still enjoy this time of year, the pumpkins, decorations, the overall atmosphere, and dressing up (if I had a reason to dress up.) However if you’re looking for someone to see the next horror movie with, don’t bother asking me.

However, a Halloweentown marathon is right up my alley (except the fourth one.)

Disclaimer: Quibbles and Scribbles is an affiliate of Amazon Associates, an advertising program designed to provide a means for sites to earn advertising fees by advertising and linking to Amazon.com.